Munich Is One of The Most Important Cities In Germany, Visited By Thousands of Tourists Throughout The Year

Its history, the large number of tourist attractions and its festive activities are the main elements that make the place one of the best tourist destinations in the world.  The architecture, history and gastronomy of this place will leave you breathless and you can visit the place, a lot of museums, film studios, monuments, churches, bars and restaurants where you can taste the best of the traditional food of the area.  If you are planning to visit Munich for your next vacations, here is a list with the best 11 typical Munich food that you cannot missed.

If you’re a lover of traditional dishes, this is definitely one you should try on your visit to Munich.  A delicious potato salad that can be eaten as a main food or as an aperitif.  It is very common to find it at parties, family celebrations and, of course, in all the restaurants in the area.  A simple dish, simple but with a deep flavor that will make you want to eat more!

We can say that these are the most delicious fritters in the whole world.  Made with flour, milk, fresh yeast, salt, a little sugar and fat, are stuffed with meat, which makes them one of the most sought-after dishes of the place due to its exquisite flavor.  They are generally eaten during breakfast and can also be accompanied by various herbs, salads, pickles or with mushrooms in cream sauce.

Sausages are one of Munich’s most traditional foods and this delicious dish is made with rich white sausages made from pork, beef and spices.  They are the ideal dish if you go out at night party because they are the perfect accompaniment for you to take a cold beer and eat them during the morning as is already the tradition in the place.

This is one of the most traditional sandwiches in the city and is considered a true delicacy capable of satisfying the most demanding palates.  It is a very typical dish in Germany and is a type of ring-shaped bread with both ends knotted.  Traditionally accompanied by WeiÃŸwurst, a kind of delicious German sausage, with mustard.

This dish is considered as the main cheese typical of the whole region of Bavaria, and is prepared using a variety of different cheeses which are mixed to obtain the final product, so it is a true blend of flavors that include Camembert cheese with paprika powder and onions in a kind of dough to spread.  It is usually spread on bread or pretzels.

A delicious typical roast made of meat mixed with vinegar, water, vegetable broth and spices.  This delicious dish can be found in all restaurants in the area and you can order it accompanied by a delicious mashed apple or potatoes, which can also be cooked or roasted.

If you’ve decided to spend your holidays during the Christmas season, this is one of the main dishes you should try.  It is a traditional Christmas dessert that is served in all the restaurants in the area and is simply delicious.  Made from yeast paste, butter, nuts and flour, it is one of the most sought-after desserts in the city.

Continuing with our culinary route, if you like desserts and cake, you can’t leave Munich without trying this delicious dessert.  A 100% German recipe that will leave you breathless, a delicious dish of local gastronomy made with a chocolate sponge cake dipped in cherry brandy.  This dessert is usually taken with coffee in the afternoon but can actually be found in any restaurant in the area.

This delicious pork knuckle is one of the most traditional dishes elaborated with meat in the area.  A typical dish that you can find in all the restaurants of the place and that is can be served with potato salad or pretzels.  A dish that you should not miss on your visit to this incredible place.

This is another of the typical dishes you will find in Munich.  This is a typical meal par excellence and is prepared based on one of the main ingredients consumed on site, the sausage.  You can find it in all the restaurants and cafeterias of the place and generally they serve it in a frying pan or in a tray.  A delicious dish to accompany it with an exquisite beer, which is also a traditional drink of the area.

A brunch is a traditional dish of the area that is eaten during breakfast, the dish is composed of several ingredients so it is quite complete and generally consumed on Sundays at an hour between lunch and breakfast, we could call it as a snack between breakfast and lunch.  Although this is not a German concept, Berlin has adopted it very well, and there are restaurants all over the city that offer simply wonderful brunch.

“Read This Article, Here We Tell You More About Munich” 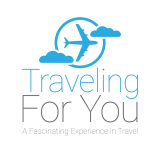 For almost a decade we have enjoyed all the destinations we have visited and this has been the reason that inspired us to create the blog. In this blog, we want to motivate and help you to realize your traveling dreams around the world and have fun doing it :)